Our Anthem begins, “With music as our voice, come together, heal, and rejoice.” For ten years, Voices of Hope has done just that – used the powerful impact of impassioned musical performance to raise awareness and funds to support cancer research. Our journey has been remarkable in its evolution and impact. Donating $891,000 to date, we are making cancer history, one song at a time. 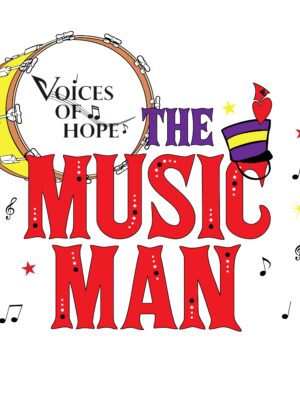 One of the most universally cherished treasures of the American musical theater, THE MUSIC MAN was an instant smash hit when it premiered on Broadway in 1957 winning five Tony Awards®, including Best Musical. The story of a traveling salesman - who knows nothing about music - trying to sell the concept of a boy’s band in small town Iowa in 1912 is funny, warm, romantic and touching. With such iconic songs as "Trouble," "76 Trombones" and "Till There Was You," THE MUSIC MAN is family entertainment at its best, and the Smithsonian Institution ranks it as one of the “great glories” of American popular culture
More Information Purchase Tickets Here!!

There are currently no upcoming event items.

“Each performance by Voices of Hope serves as a pebble dropped into the vast ocean of people impacted by cancer. Over ten years, we’ve watched the ripples grow continuously wider.” – VOH Executive Artistic Director, Dana Siegal

As our membership has grown, so has the impact of our donations to transformative, cutting edge research that is changing the way we combat this disease. In our own unique way, we are contributing to the historic evolution of cancer research which is being brought directly to patients. We dedicate our performances to this life-changing cause, as we aim to touch hearts and change lives. 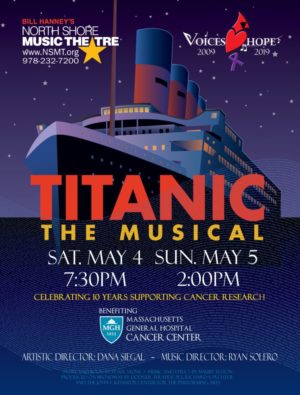 Voices of Hope invites you on board their production of the Tony Award-Winning Best Musical, TITANIC which sails onto the stage at North Shore Music Theatre for the first time!
More Information 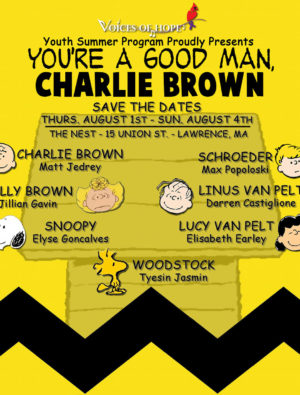 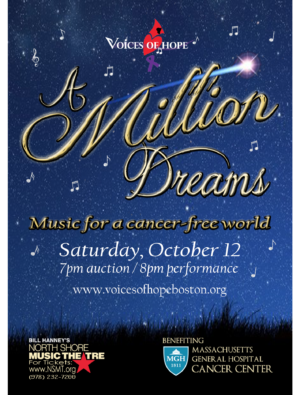 A MILLION DREAMS: Music For A Cancer Free World

Inspired by The Greatest Showman’s title song, Voices of Hope’s Fall Gala, A Million Dreams will draw on the stories of dreamers!
More Information 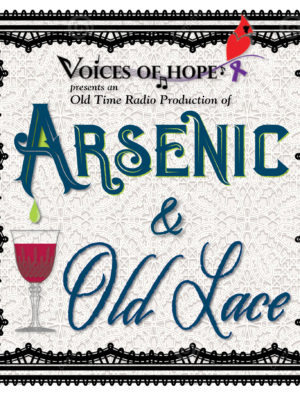 Voices of Hope is excited to announce our next performance - our first venture into Old Time Radio - “Arsenic and Old Lace”, presented in the format of traditional old time radio serials with spine tingling music, nostalgic jingles and fun, retro commercials!
More Information

Voices of Hope is excited to announce our next performance – our first venture into Old Time Radio – “Arsenic and Old Lace!”, presented in the format of traditional old time radio serials with spine tingling music, nostalgic jingles and fun, retro commercials!
More Information Click Here to be taken back in time.

VOH Presents “Hope for the Holidays”

Please join us for this virtual holiday extravaganza that will feature holiday classics performed by Voices of Hope and some very special guests!! Please watch this space for updates on when, where and how you can view.
More Information

VOH Presents “Dancing in the Rain!” A Virtual Celebration of Hope!

On Tuesday, November 30th (Giving Tuesday), Voices of Hope will present Dancing in the Rain, a virtual musical celebration of resilience and hope. Over one hundred plus members worked on this virtual cabaret.  The production represents a tapestry of talent featuring 8 full scale music videos, 7 of which were designed, recorded, filmed, and edited entirely by Voices of Hope members. With additional commentary, storytelling and guest appearances, this performance is a tribute to the resilience that has sustained us in the darkest of days, Read more...
More Information Watch the Show HERE! 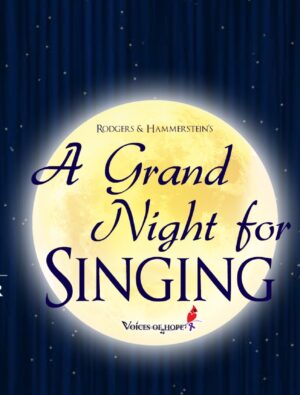 A Grand Night for Singing! A Musical Review of Rodgers & Hammerstein

A GRAND NIGHT FOR SINGING Presented by VOICES OF HOPE Saturday, April 23, 2022 | 7PM SILENT AUCTION 8PM SHOW Sunday, April 24, 2022 | 2PM SHOW Voices of Hope is back to live theater with Rodgers & Hammerstein's - A Grand Night for Singing! With innovative musical arrangements, audiences will experience these updated classics through artful arrangements and clever interpretations ranging from a sultry Andrew Sisters-esque “I’m Gonna Wash That Man Right Outta My Hair”, to a swinging “Honeybun” worthy of the Modernaires, and a jazzy Manhattan Transfer style “Kansas City.”  You’ll be carried away by the terrifically refreshing and unique interpretations of familiar Rodgers & Hammerstein scores such as: Carousel, Oklahoma!, The King and I, South Pacific, Cinderella, The Sound of Music and many more. A Grand Night for Singing! promises to deliver “Something Wonderful” for everyone!
More Information Purchase Tickets! 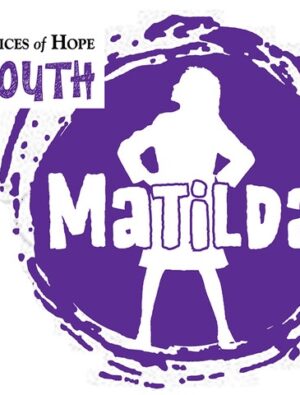 The VOH Summer Youth Program will present “Matilda Jr.” at our new home in Andover, MA! GET YOUR TICKETS HERE!! Based on the beloved book “Matilda” by Roald Dahl and adapted from the award-winning full-length musical, Roald Dahl’s Matilda The Musical JR. tells the story of an extraordinary girl who, armed with a vivid imagination and a sharp mind, dares to take a stand and change her own destiny. Matilda, a little girl with astonishing wit, Read more...
More Information 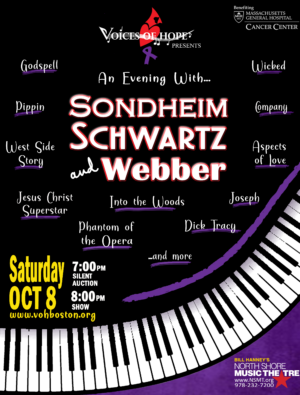